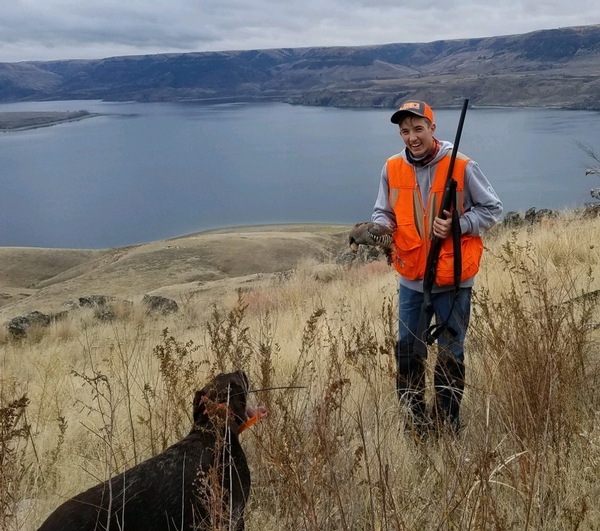 At the local and national level, there is a movement called R3: Recruitment, Retention, and Reactivation.  Outdoor agencies are frantically trying to bolster the hunting and shooting sport numbers.  All of us remember how we got our fire burning for the outdoors.  Most likely a relative, mentor, or in the rare case you were a self-starter. In my days afield over the past decade I have noticed a dramatic decline in youth hunters and new hunters in general.  This is quite opposite of what the mob sees and/or propagates through Facebook, Instagram, etc.  But that is a whole different can of worms.

For context, I have always loved kids of all ages, and they thought I was pretty cool too if I do say so myself.  My wife and I even dedicated over 10 years of money, time, and mentoring by coaching girl’s national level softball.  It was always about the kids.  Transparency coming, so get ready…these days I am usually disgusted by today’s youth.  Disrespectful, soft, lazy, and probably the biggest complaint I have is that they are so entitled, and they haven’t done S*%t to deserve this self-proclaimed bad ass status. It’s even worse if you look at the munchkins; they hit their parents, act like wild animals in others’ domicile, and there is not an empathetic bone in their two foot tall bodies. So why would I stress my spirit trying to bring these neophytes out into the mountains? I’ll tell you why.  His name is Cade, or Cado (aka The Hotation) as I call him.

I have known Cado’s father P-Star (meaning of his name only reveled to those in the circle) since I was about 12 years old.  So I have a first person account of watching Cado mature and come up the ranks amongst his uncles in the prairies wild chasing birds. When Cado was around 10’ish, I knew he was different from other mouth breathers his age. He would always look me in my eye, shake my hand with a firm grip, and was as proper as the Queen of England. An old soul if you will.  Cado got along with everyone young and old, played baseball, and just appeared to be a good egg. As he got older, he was afforded the opportunity to spend more and more days with ìThe Boys’ in the uplands. First smashing ducks at the farm, later chasing behind Buster and Pilot to smoke a rooster, and now at the prime age of 18 he is one of my preferred chukar partners.  I don’t say that lightly as I have a ton of friends/family that I refuse to chukar chase with.

One of my favorite hunts this past year was our annual KOO/LSO group hunt at the Wall in pursuit of the red legged devils.  It had been a productive morning providing the entire crew with world class dog work and lots of shots on birds. For our last push we had to decide to go up and over the wall, drop down low to the breaks, or go right through the gauntlet.  Mind you the gauntlet as we refer to it, is as Gnar-Gnar as it gets. It’s straight down, jagged rockiness, deep cuts, and unrelenting scree fields.  Not for the faint of heart. It is also littered multiple chukar Shangri Las.  Some of the gang split off downhill, some started climbing up and over, but I was headed into the gauntlet.  As I started to pick my line and move across the hillside, I heard Tone (Cado’s uncle, and a known bird slayer) whisper to Cado ‘Go with Wolffy and Manny, you’ll kill birds.’ I didn’t look back, but just kept walking.  Inside of 10 seconds I noticed Cado in my peripheral vision paralleling me but on a slight upward trajectory to put some space between us. I softly smiled to myself, thinking this kid has some sand.

In just under 90 minutes Manny had five covey finds, and a ton of singles pointed.  He put on a show to say the least. Between the laughing, sweating, and trying not to slide off of the mountain, Cade and I fell some birds.  We missed way more than we should have, but we gave two F*#ks!  It was like we had just spent the last hour in a mini tornado of dust, feathers, and non-toxic shot. To witness Cado experience all of the emotion that goes into a few special moments like I did provided me with perspective.  Perspective can be difficult to find even when you are looking for it.

Fast forward to this past weekend.  As I listened to P-Star with one arm around his wife Heidi, speak to the 50 plus people in attendance at Cado’s graduation party, he talked about community. The community that had helped them raise this fine young man who was headed off to college to pursue his degree while playing baseball.  Later in the evening, H-man, Cado and I shared a cigar (don’t tell Heidi) while we discussed his college plans; the dos and don’ts, being mindful of his surroundings, and his desire to start chasing Mule deer with Uncle Cliffy. When we were done talking mess to each other, I pondered my grumpy old man outlook on kids.  I thought how Cado is lucky to have two amazing parents, an extended family that loves and supports him, and a built in hunting mentor network.  There are would-be hunters out there who are missing some, or all of the above, and dream of doing what we do in the wilds.  I bet if each of us really thought about it, we know a kid, a woman, or another underrepresented person that wants to get out there. We need to do better as a collective, and each step up and find those who need the help.  I know Cado will when it’s his turn.  WWCFD.