Your Brain on Football, Your Knees on Chukar Hunting - Or is it the Other Way Around? 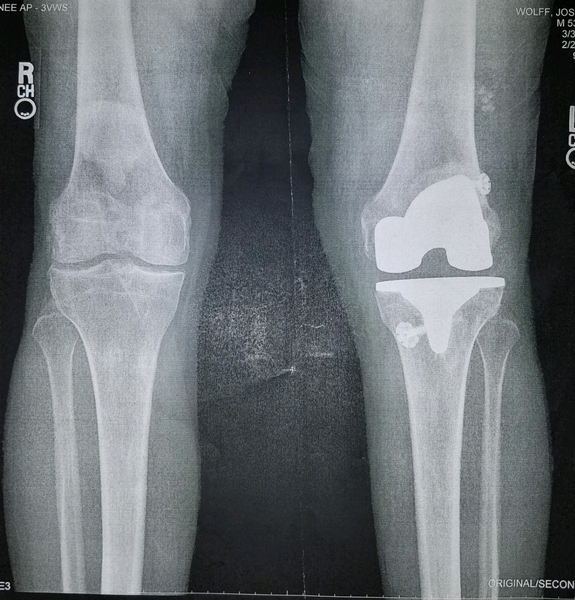 At nine years old I asked to play contact football.  My Grampa Jake was extremely against the idea.  Even my pops who is well known for letting me make my own decisions since I was a wee-lad was against it.  By the age of 10 I kept getting kicked out of soccer matches for being too rough with the opposing players. In my mind football was a natural evolution.  At 11 years old, pops finally gave the OK to play, and I started down a path of notoriety, pain, and in the end, some regret.

The first knockout came at 12 years old.  We were playing at Highline stadium against the Benson Bruins in the first round of playoffs.  Mike Jamerson pitched me the ball on a 37 sweep.  Bobby Bryant was out front clearing me a path. As I sprinted around the left tackle, I made a cut back to avoid the attacking cornerback, only to get ear-holed by the strong side linebacker flowing downhill.  When I woke up, I was lying on my back, on the turf, and staring up in to the blue sky.  I still had the football in my left hand clutched tightly, and two of my coaches were standing over me asking me if knew where I was. Of course I said yes, but really had zero idea of where in the heck I was.  I sat out for few plays, shook off the cob webs, and checked back in the game. Over the ensuing 12 year football career (juniors, high school, college, and semi pro), I suffered nine documented concussions, two ruptured ACL’s, ruptured Patella tendon, uncountable strains, bruises, and sprains.  Even after I was done playing I was forced to have six more knee surgeries in an effort to keep me upright and active.  The last one being a full knee replacement February 5th, 2019 at the senile age of 46. Was it worth it ??????

A 3.78 GPA and better than average football skills afforded me the opportunity to go to college.  Because of attending BSU, I met and wed my now wife of 25 years.  The college years provided me with tons of great memories and life experiences that shaped who I am today.  I wouldn’t change it for anything as I am proud of who I am, where I’ve been, and what I have accomplished.  Having said that, whenever a friend queries me about their kid playing football, I say "Absolutely, unequivocally, no way.…don’t do it."  Am I being a hypocrite…maybe, maybe not?  As I stated, I would never change the past, but every single day of my life for the past 23 years I have suffered exponentially more and more behind this gladiator sport; both physically and mentally.  My short term memory is almost nonexistent.  My staff often make fun of me, or play Jedi mind tricks on me because I don’t remember conversations. I forget passwords, my address, social security number, etc.  On a Friday after a long work week, I will on occasion struggle to formulate the correct verbiage to match my thoughts, or will mash words together. My body is such a wreck that I am often kept from participating in normal activities.  Sound fun?  Try not being able to get down to, or up off the toilet!  Anybody who knows me, knows how serious I take my boom-boom moments.  It gets real, real quick!

Is it worth it?

So what does this have to do with chukar hunting you are wondering?  Well, chukar hunting can be brutal on one’s body, especially the knees.  At the end of last season, I had to walk off the mountain backwards using my shotgun as a walking stick with a tear or two rolling down my cheek.  Fu*&%ing humbling man. Super humbling. Now with my recent replacement surgery I am debating with myself if I should chukar hunt less, and more for other birds?  LBJ (Little Bad Josh) says "F That!!  Chukar or die!  Woooo!!" But 20 years from now am I going to be in a wheel chair asking myself why didn’t I just switch to flatland birds and I’d be hunting everyday possible at 66? Ego, hard headed, scared to face reality?  I have no idea to be honest.  What scares me the most is that chukar hunting may be my new football.  Did I not get the memo?  Am I ignoring the writing on the wall and choose to not heed the warnings?  In an early blog I stated I do everything at 100%.  Maybe it’s time to re-think my perspective?